The Year That Changed My Life 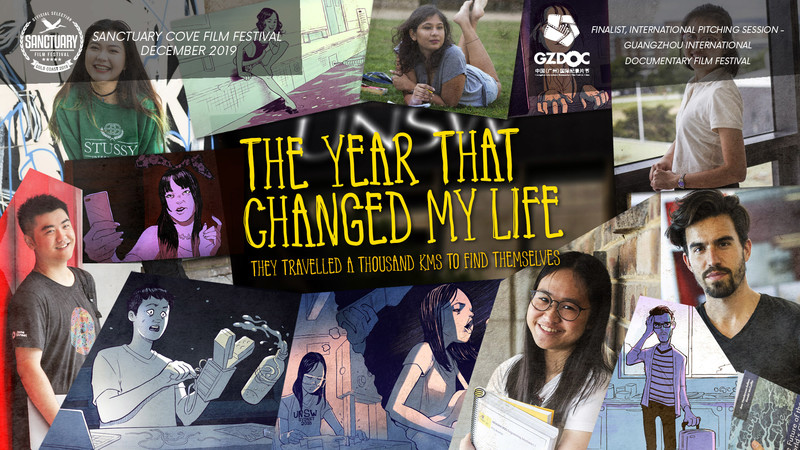 Cash cows or the generation who will make the world a better place? Six overseas students arrive in Sydney to study at university in a year that will change their lives forever.

BIO
Producer/ Director Alison Black.
This is the first time directing for Alison Black. Although she produced documentary series like the Logie winning Choir of Hard Knocks and created and produced Changing Minds for the ABC, she’s never made anything longer than an hour and she’s never directed. At 57, she’s carrying the banner for post menopausal women who don’t think it’s too late to follow their dreams.

THE ETHOS OF THE PRODUCTION TEAM
“Be the change you want to see in the industry…”
The film was a bit of an experiment. Both Alison and her co- Executive Producer Marion “Maz” Farrelly have been responsible for making some of the biggest shows in the world – think X Factor, Big Brother, Dancing With The Stars. When they raised funding for this film they decided to not take the usual route of hiring an experienced director and DoP. Instead they got into the trenches themselves and hired VERY young women who had never done anything like this before, ensuring they got training and supervision to enable them not just to do this job but to go onto bigger and better things.

In particular they worked closely with Enna-Jay Curcuruto, an emerging DoP and put in place mentoring and training for her, and sourced a C300, aka ‘baby” which she (literally) slept with each night. The results on screen speak for themselves. More than 500 hours of material was filmed but the team and the participants, and the result is raw, funny and heartfelt.

THE ETHOS OF THE FILM
“A Trojan Horse film that will aims to make us kinder and nicer to overseas students.”

We’re not always very kind to overseas students. There’s a perception they get accepted into university more easily, they are a drag on group work, they get enhanced exam marks and graduate whether they deserve it or not.

Alison had spent the previous year filming with students for online content and was keen to dispel these myths through observational documentary, and the University agreed to invest. They also agreed it was not to be a marketing film, and that she could film what she wanted, where she wanted and with whom she wanted.

We hope we show a fair and balanced film about the struggles the students faced, the highs and the lows, as well as the outcome at the end of the first year. Not all the students made it through the year successfully and we hope we show how difficult it is to be away from home, trying to make friends, missing family, working in a language and culture that’s foreign. We hope that at the end of the film the audience, in addition to being entertained by our students, take away a bit of knowledge about the real lives of overseas students.

It doesn’t preach, and the message is underneath the surface, which is why we call it a Trojan Horse film.