Liam Gallagher – As It Was 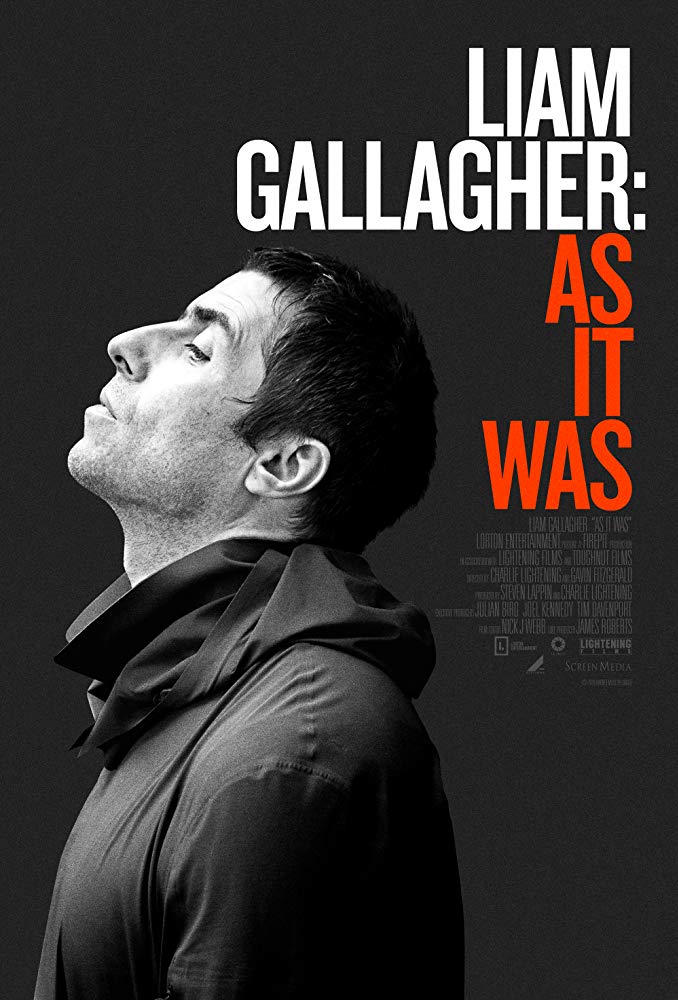 LIAM GALLAGHER: AS IT WAS

LIAM GALLAGHER: AS IT WAS tells the honest and emotional story of how one of the most electrifying rock’n’roll frontmen went from the dizzying heights of his champagne supernova years in Oasis to living on the edge, ostracised and lost in the musical wilderness of booze, notoriety and bitter legal battles.

Starting again alone, stripped bare and with nowhere to hide, Liam risks everything to make the greatest comeback of all time.

Directors Charlie Lightening and Gavin Fitzgerald invite us backstage for a no-holds-barred look at the life of one of the most talked-about and charismatic artists of his generation.

ABOUT LIAM GALLAGHER: AS IT WAS

Liam Gallagher is one of the all-time greatest frontmen of all time. The electrifying presence, the mesmeric charisma, the audacious swagger, the incomparable way of singing lyrics that captured the zeitgeist and sound-tracked their times and beyond…perhaps more than anyone else, Liam Gallagher showed what it was like to be a real rock star in a band that conquered the world.

But all that was in the Nineties. In the years that have followed, Liam Gallagher has struggled to define his role, ricocheting between projects in fashion and music while fighting his own personal demons all against the backdrop of an artist cast into the musical wilderness. Bitter legal battles, a seemingly eternal feud with his brother Noel, lethargy and boredom, lack of direction, booze, relationship troubles, the baiting from the celebrity circus, social media and a restless press: what do you do if you once stood on the peak of the mountain, but now can’t reach the first base?

“AS IT WAS” will tell the emotional story of how Liam went from the dizzying heights in the Champagne Supernova years to a life drifting in the shadows, ostracised by the music industry and eclipsed by the acclaim for his brother’s Oasis after-life.

For the last year, Liam has allowed Directors’ Charlie Lighting and Gavin Fitzgerald full access to his life as he embarks on his biggest challenge both personally and professionally since Oasis imploded– finding out who he is as both a man and an artist, risking everything he has on a new solo career that strips everything back to its musical core, and finding his own authentic voice.

And, in this film and for the first time ever, Liam tells his own story in his own words – outspoken, opinionated, unmediated and unrestricted. Nothing is off limits as Liam lays it out about all aspects of his life in his characteristic style…a combination of candour, humour and devastating honesty.

It’s set to be a fascinating and intimate portrait of one of Britain’s true rock ‘n’ roll originals.